Ms. Manriquez was born in Mexico and immigrated to Milwaukee with her family. She began her journey in Early Childhood Education in 2006 as a teacher’s aid at Holy Wisdom Academy (HWA) and remained in that role for seven years. During her time at HWA she also ran the after-school child care program and received her Early Childhood Education Certification from Milwaukee Area Technical College. In 2013 Ms. Manriquez transitioned to a new role at Rocketship Southside Community Prep where she worked as a PARA Professional for Individual Special Education and a Kindergarten Teacher’s Aid.

With over ten years of Early Childhood Education experience, Ms. Manriquez has dedicated a large portion of her life to guiding and supporting young children’s first steps into the world of academics while placing an emphasis on faith formation and family collaboration. With five kids of her own Ms. Manriquez understands the vital role that school community plays in the lives of young children and their families and utilizes that perspective as the foundation for her values and motivation.

Ms. Manriquez is very excited to be a part of the St. Augustine Prep family and looks forward to contributing to this vibrant community in any way she can. 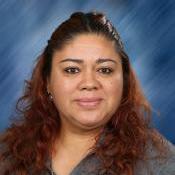